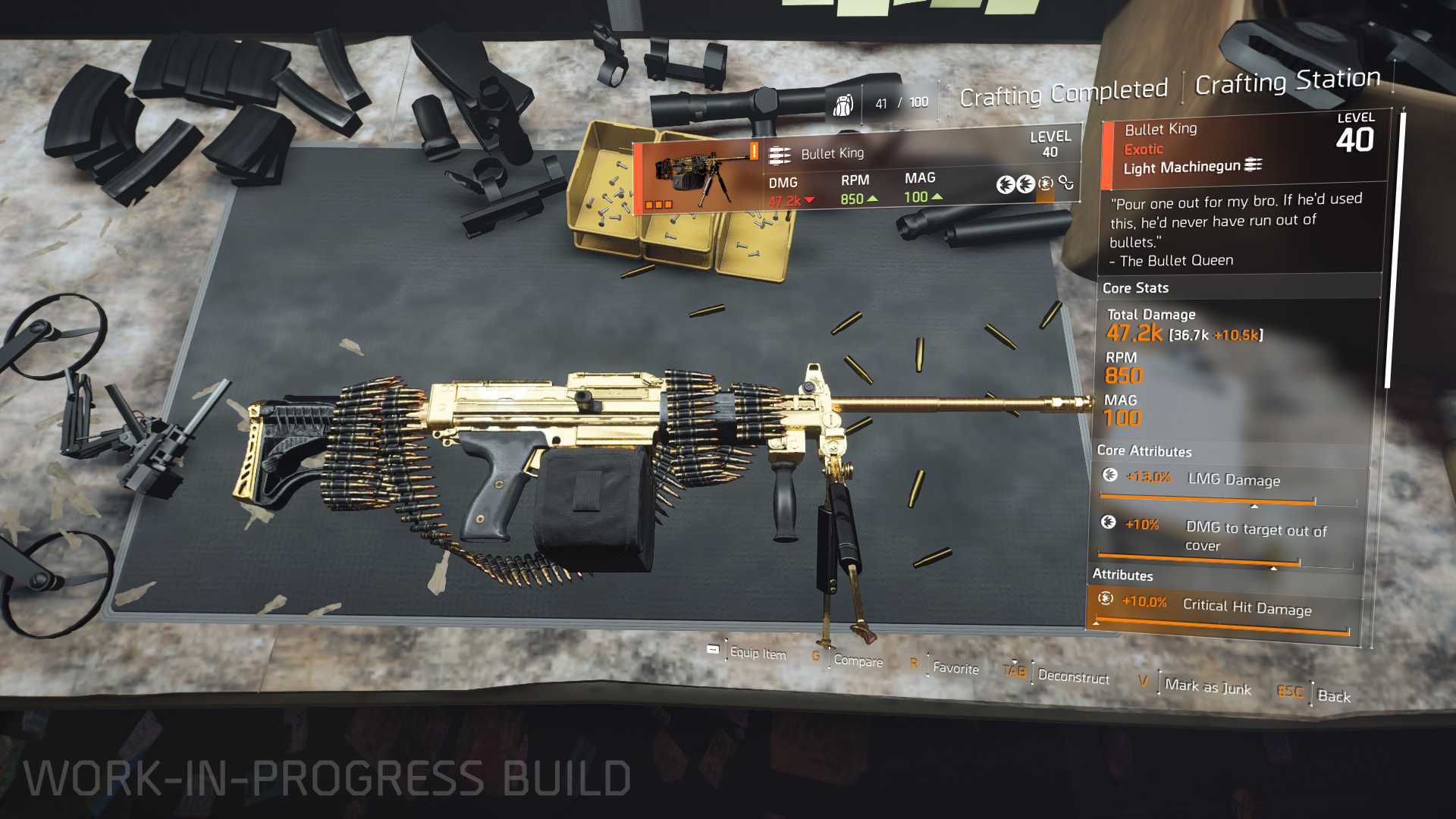 You will now be able to upgrade Exotic items to level 40, as well as re-roll their attributes with the new Reconfiguration system available in the Crafting bench. Find out more in our dedicated article here.